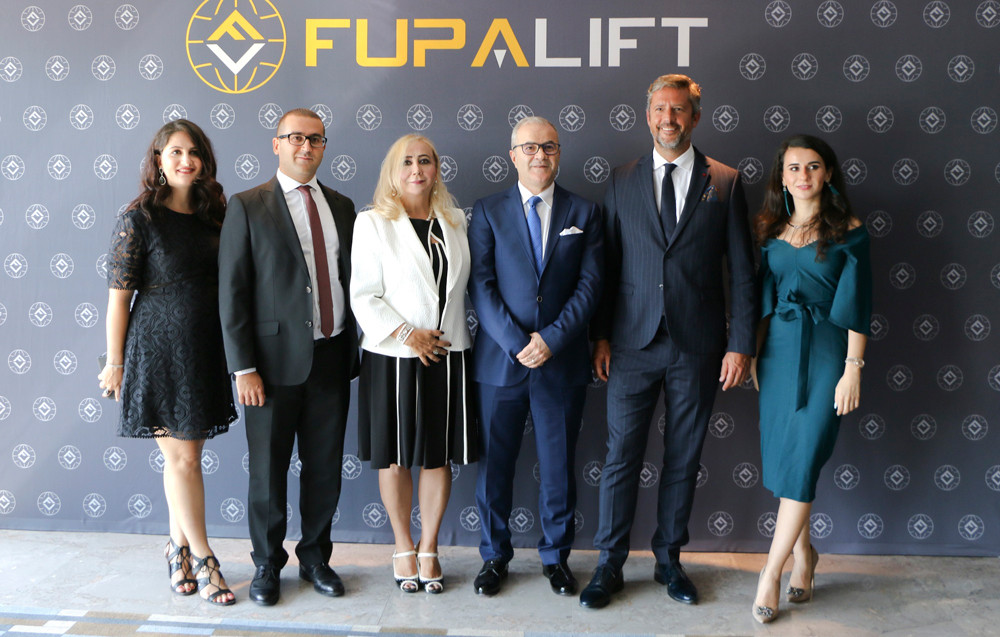 Fupa Lift and Sandflower S.A.R.L. announced during a sector press release and information meeting held at the Radison Blu Ataşehir on 3 September, 2019, that they had signed a partnership agreement.

Fupa Lift, which is among the most significant companies of the industry, with the domestic and international elevator brands it represents and its manufacturing for more than 30 years, has taken a tremendous new step, following its investments in a new factory and the highest test tower that were made within the scope of its regular growth strategy that has taken place since the beginning of 2018. In this context, the Competition Authority authorized the partnership between Fupa Lift and Sandflower S.A.R.L., which is a Luxembourg-based private equity that embodies several important elevator component manufacturers, like Fermator and Sicor S.p.a.

Fupa Lift and Sandflower, with combined forces, aim to achieve significant growth by further strengthening their infrastructure, thanks to the synergy to be created by the two companies. An informational meeting was held within this context, attended by Fupa Lift Chairman Rıza Latif, Vice Chairman Can Latif, board members Şehrazat Latif and Rüya Latif, Fermator Global Sales Director Eduard Amigo, and Fermator Turkey and Middle East Director Murat Camgöz.

Making an impression in the industry each day

First, Chairman Rıza Latif held the floor at the event. Latif stated that Fupa Lift has kept its seat among the leading companies of the industry for more than 30 years, and said, “Despite all economic difficulties in recent years, within the context of our regular growth strategies, we made our mark in the industry with our new factory of 10 million euros, which we set up in 2018, and with our investment on the Turkey's highest elevator test tower.” He continued, saying, “Our partner Sandflower incorporates some important elevator brands like Fermator and Sicor. It is also a part of a 100% family-owned group of companies that operate in the hotel management, banking, finance and industry sectors, and that has a high turnover.”

Fupa Lift transferred 50 percent of its shares to Gomis family.

Latif said: “Our commercial activities with the Gomis family, which owns Fermator, started in the midst of the year 2000. As a result of our increasing trade volume and the trust between the two families since then, Sandflower offered partnership to our company. We have signed an agreement as a result of the positive developments that lasted until the end of 2018. All official operations have been completed by the first half of 2019 and our legal merger has been approved by the competition board in July 2019. As a result of this merger, Latif family transferred 50 percent of the Fupa Lift shares to Gomis family.”

Fupa Lifts commercial activities will continue as before.

Latif said, “With this merger, our new board of directors consists of four members. The Board is formed by Chairman Rıza Latif; two vice chairmen, one being Ramon Gomis’s son and the other, Eduard Gomis; the Group CEO; and board members Can Latif and Eduard Amigo. According to the agreement, there will be no change or deviation in Fupa Lift’s existing commercial activities and relationships with clients, suppliers and personnel, and all execution activities will continue with the old management and staff. Additionally, except for some short-termed ones, existing operations in Turkey — all planned manufacturing, commercial activities and new investment opportunities — will be solely and exclusively realized through Fupa Lift.”

Target is to be a global and well-known brand

Latif said, “Through the production policies, machine park investments, R&D works and new employment possibilities realized with the help of this partnership and the experiences of our partner in the international arena, we will be increase our existing activities in Turkey, the Middle East, Central Asia, Balkan states and Europe, and be a globalized brand. We hope this partnership will be beneficial for our company, our sector and, most importantly, for our country and our citizens.

This is a union built on love.

Fermator Sales Director Eduard Amigo, who gave a speech after Fupa Lift Chairman Rıza Latif, said, “Such mergers may be built on political or commercial benefits; however, our union with Fupa Lift is built on love. In addition to a business partnership of 18 years, we have a strong relation based on love. Although we had some co-investments and common opinions, we did not know if we would get a ‘yes’ or ‘no’ answer, but we did our best to get a ‘yes.’ Of course, first they invited us, listened to our offer and accepted.”

Amigo also gave some information about Fermator’s future plans, stating they would continue making investments in other countries, and underlining that they approved this investment despite the economic crisis in Turkey.

Eduard Amigo included a short video show during his speech showing the cooperation between these two companies over the past 18 years.

At the end of the event, the merger was celebrated with a cake and a family photo.